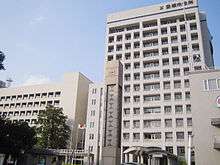 Toyohashi (豊橋市, Toyohashi-shi) is a city in Aichi Prefecture, Japan. As of March 2015, the city had an estimated population of 372,710 and a population density of 1,420 persons per km². The total area was 261.86 square kilometres (101.10 sq mi). By area, Toyohashi was Aichi Prefecture's second-largest city until March 31, 2005 when it was surpassed by the city of Toyota, which had merged with six peripheral municipalities.

Toyohashi is located in southeastern Aichi Prefecture, and is the capital of the informal "Higashi-Mikawa Region" of the prefecture. It is bordered by Shizuoka Prefecture to the east, and by Mikawa Bay and the headlands of the Atsumi Peninsula to the west. To the south is the Enshu Bay of the Pacific Ocean. The presence of the warm Kuroshio Current offshore gives the city a temperate climate. The Katahama Jusan-ri Beach (片浜十三里) in Toyohashi is a sea turtle nesting spot.

The area around present-day Toyohashi has been inhabited for many thousands of years. Archaeologists have found human remains from the Japanese Paleolithic period, which have been carbon dated to more than 10,000 BC along with the bones of Naumann elephants. Numerous remains from the Jomon period, and especially from the Yayoi and Kofun periods have also been found, including many kofun burial mounds.

During the Nara period, the area was assigned to Atsumi, Hoi and Yana Districts of Mikawa Province and prospered during subsequent periods as a post town on an important river crossing of the Tōkaidō connecting the capital with the eastern provinces. During the Sengoku period, the area was a highly contested zone between the Imagawa clan based in Suruga Province and various local warlords, who built a number of fortifications in the area, including Yoshida Castle. The rising power of the Matsudaira clan and its alliance with Oda Nobunaga eventually neutralized the threat posed by the Imagawa, and the area became part of the holdings of Tokugawa Ieyasu. Following the Battle of Odawara in 1590, Toyotomi Hideyoshi ordered the Tokugawa clan to relocate to the Kantō region and assigned the castle to Ikeda Terumasa. Ikeda developed the surrounding castle town and embarked on a massive and ambitious plan to rebuild Yoshida Castle. However, following the Battle of Sekigahara, he was relocated to Himeji Castle.

After the establishment of the Tokugawa shogunate, Yoshida Castle became the center of Yoshida Domain, a clan fief. The domain was assigned to several different fudai daimyō clans until coming into the possession of the Matsudaira (Nagasawa-Ōkōchi) clan in 1752, which remained in residence at Yoshida until the Meiji Restoration. The final daimyō of Yoshida, Matsudaira Nobuhisa, surrendered the domain to the Meiji government in 1868. In 1869, the name of the domain was formally changed from Yoshida to Toyohashi.

With the establishment of the municipalities system under the Meiji government in 1879, Toyohashi Town was created within Atsumi District, Aichi Prefecture. Toyohashi Zoo was established in 1899. The town achieved city status in 1906. A tram system (the present-day Toyohashi Railway Asumadai Main Line) was established in 1925. In 1932, Toyohashi expanded its borders by annexing Shimoji Town (Hoi District), Takashi Village, Muroyoshida Village (Atsumi District), and Shimokawa Village (Yana District). Toyohashi suffered considerable damage during the 1944 Tōnankai earthquake, and even more damage during the Toyohashi Air Raid, which destroyed more than 60% of the city in June 1945.

Mikawa Port is a major port for worldwide trade, and its presence has made Toyohashi the largest import and export hub in Japan for automobiles, in volume terms. Compared to other ports around the world, Mikawa is roughly on a par with the German port of Bremerhaven.[1]

Automobiles made by Toyota, Mitsubishi, Suzuki Motors, Daimler-Chrysler, Ford, Audi, Porsche and Volkswagen are imported and exported through Toyohashi port. 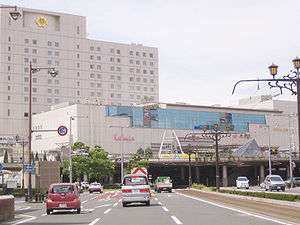 Almost all services are operated by Toyotetsu Bus, a subsidiary of Toyohashi Railroad. 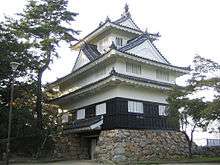 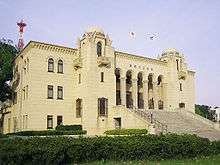 Toyohashi has many parks, including the Natural History Museum and Zoological Park, the Imou swamp, Mikawa Seaside Forest, Kamo Iris Garden, and the Mukaiyama Ume Garden. It also has what is considered one of the best surfing beaches in Aichi and the surrounding region.[6]

In the fictional Harry Potter universe, Toyohashi is the hometown of the professional Quidditch team, the Toyohashi Tengu.[7]

In the Takeshi Kitano movie Kikujiro, the story revolves around the characters' trip from Tokyo to Toyohashi.