Ōita (大分市, Ōita-shi) is the capital city of Ōita Prefecture, located on the island of Kyushu, Japan.

On January 1, 2005, the town of Notsuharu (from Ōita District) and the town of Saganoseki (from Kitaamabe District) were merged into Ōita. 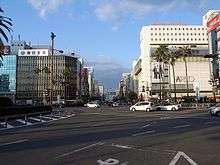 During the 1960s and 1970s, an industrial region was formed along the Beppu Gulf coast. Among the plants in the region were flagship plants of Nippon Steel and Showa Denko.

In the 1970s, Toshiba and Canon built and expanded their plants in inland area. By then, the city emerged as a major production center of electronics products such as LSIs and digital cameras.

The downtown and shopping districts are located to the north of Oita Station. Recently, however, the area has been gradually declining, because the main commercial areas have been dispersed due to the construction of big shopping malls in the suburbs.

The Ōita area is historically known as Funai (府内), the capital of Bungo Province (豊後国).

During the Sengoku period (15th - 16th century), the powerful Ōtomo clan based in Funai and the area prospered as a key port of trade with Portugal and Ming Dynasty China. Ōtomo Sōrin, a famous Christian Daimyo, first introduced western culture. It was in Funai that the first western style hospital was built and the first Japanese choir was formed.

Ōita has a humid subtropical climate (Köppen climate classification Cfa) with hot summers and cool winters. Precipitation is significant throughout the year, but is somewhat lower in winter.

Landmarks and points of interest 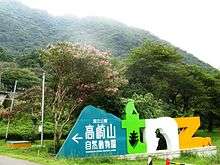 At the entrance to the Takasaki-yama park is the "Marine Palace" aquarium, also known as "Umi Tamago", or "Sea Egg".[2]

The Ōita Stadium, also known as Big Eye or Kyushu Oil Dome, is situated along the city expressway. It is the home field of the J. League football club Oita Trinita and is used for large local events.

In the middle of the city, there are many shops and department stores. Some major departmental stores include Tokiwa, Parco, Frespo Kasugaura, and D Plaza. There are also shopping malls in the suburbs, such as Tokiwa Wasada Town and Park Place Oita.

Ōita is also famous for the intestines of puffer fish.

Toriten is another famous food in this city. 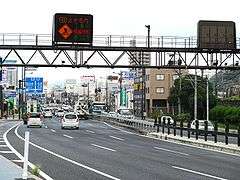 The principal railway station of the city is Ōita Station where Nippō Main Line, Kyudai Main Line, and Hohi Main Line of JR Kyushu gathers. The luxury Aru Ressha train was designed by Eiji Mitooka. It runs between Ōita and Hita and is in service to also revive tourism and the local economy.[3]

Buses are the primary mode of transportation in Oita, run by two main bus service companies. The Oita Bus Company operates bus routes in the city. The Oita Kotsu Company runs north of the city. For long distance bus services, these two companies, as well as Kamenoi Bus Company operate bus routes from Oita to main place of Kyushu, such as Fukuoka and Kumamoto, and Osaka, Nagoya and more.

Oita Airport is located nearby, at Kunisaki, and used to be accessible via hovercraft, which takes about 30 minutes. However, this service has been suspended since late 2009. Other ways of accessing the airport is by bus, taxi or a private vehicle.

Many ships depart from the Port of Oita, to places such as Kansai, and Shikoku.

Sporting events held in Oita include: